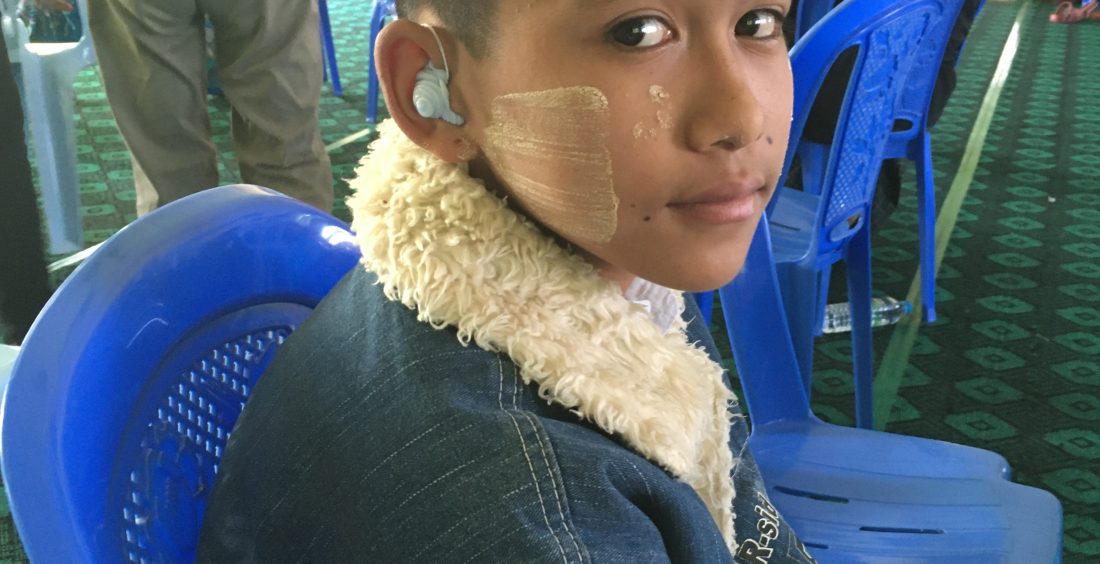 Naing Tun Aung knew he was lucky: he had his first hearing aids fitted when he was 7 years old when the charity visited his school.  He remembers the first time they squirted the cold paste into his ears and having to sit still until it was ready to be taken out. They explained it was to make his own earmoulds to work with his hearing aids.

Then the special paste was taken away and a few weeks later Naing Tun Aung received his new earmoulds. They were soft and transparent and when he first put them in, they were so comfortable.

But 6 months later, his family noticed that the hearing aids were ‘whistling’. His teacher tried changing the tubing in both earmoulds, but the ‘whistling’ continued. The teacher said that he had grown and needed new earmoulds, but Naing Tun Aung would have to wait until the next charity visit. In the meantime, they tried using petroleum jelly as the charity had shown them to seal the earmoulds, but this did not work after a while.

The challenge has been to provide well-fitting earmoulds to keep pace with the students’ physical growth.

This is a key focus for the charity, which aims to fund the tools and materials needed to take earmould impressions, as well as the processing and manufacture of new earmoulds, on a regular basis.

The charity has been working with local professionals and companies so that earmould impressions can be taken in school and produced locally to reduce the turnaround time.

This means that the children will continue to use their aids optimally throughout their time at school.

A donation of £15 can fund one earmould for one child.

A donation of £40 can fund the tools and materials to take earmould impressions.